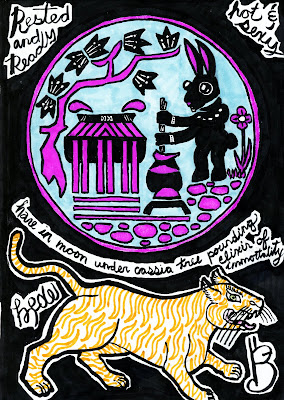 Here is a hare (my nickname is Bunny after all) in the moon pounding the elixir of immortality under a cassia tree. Cassia is what we often buy but in the grocery store labeled cinnamon.  In many asian cultures it is not a man in the moon that they see but a rabbit.
Posted by BUNNY at 13:44