We are nearing the end of our drawing 1 course at ACAD this summer. It is sad, however I have witnessed the students improvements by leaps and bounds during the duration of study. They have been given their final assignment for next week and we covered some points that were missed from previous perspective class and some stuff to help them work on their final self portraits. 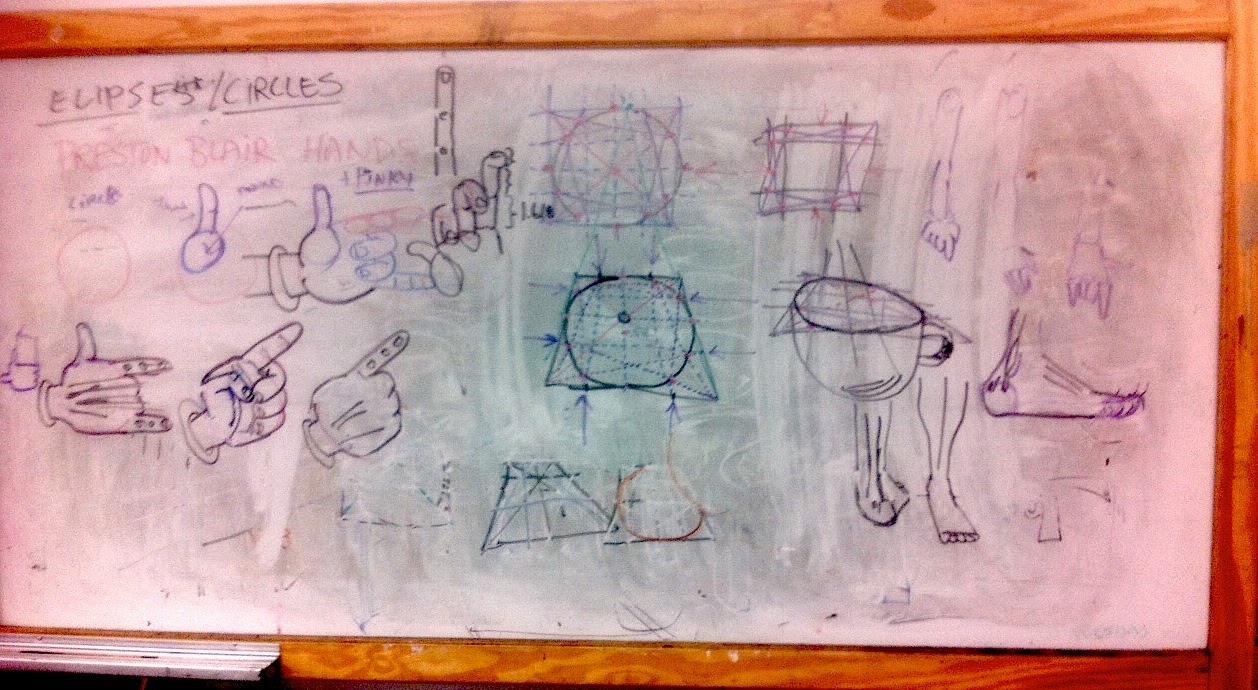 We covered ellipses and circles in perspective as well as how to construct cartoon hands based on the Preston Blair method as a gateway to more easily construct realistic ones. We also looked briefly at difficulties drawing the feet as well as a bit on foreshortening as these tend to be difficult when drawing from life.

To accompany the note packets I handed out, I gave a lecture on constructing the head in profile and facing forward and some of the rules to know and pitfalls to avoid.  Most people put the eyes too far up and don't give enough space for the skull and brain. Really the eyes sit halfway down the head, though it is the tendency when starting out to have them too high, which makes the face look neanderthal. 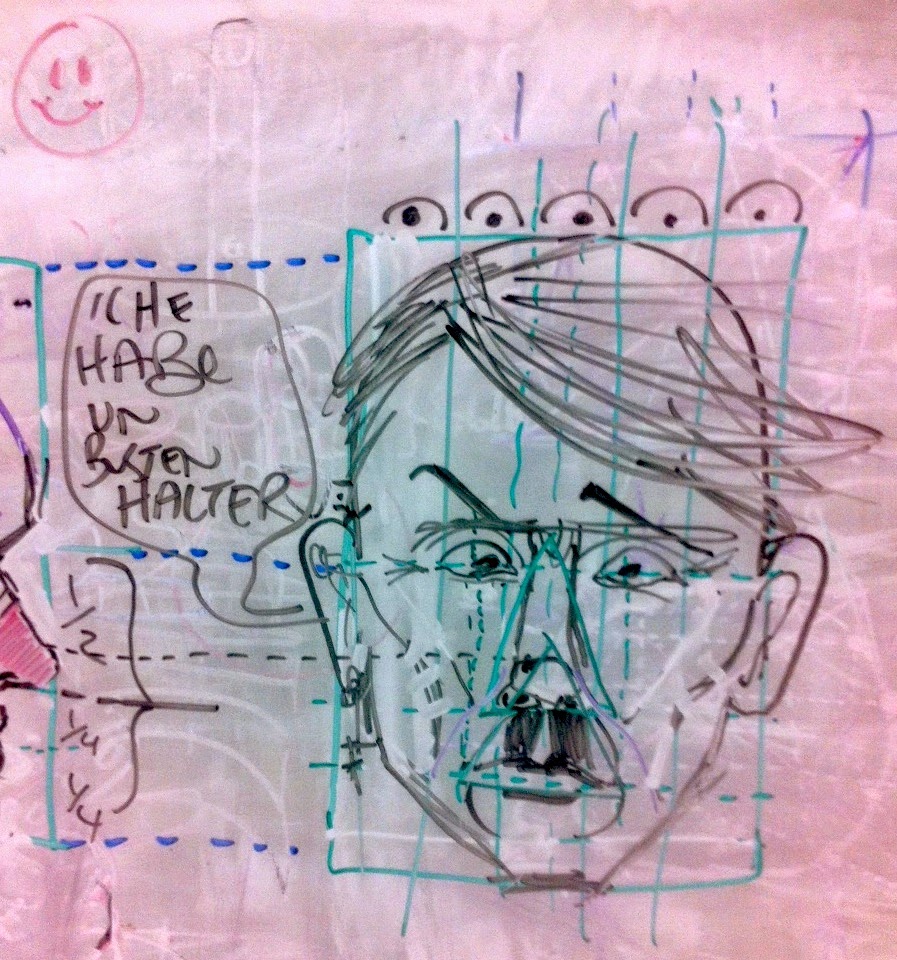 I think it was the hair, that caused me to add the moustache while keeping the mood of the class on the humorous side, after all, Hitler was an artist, right?! 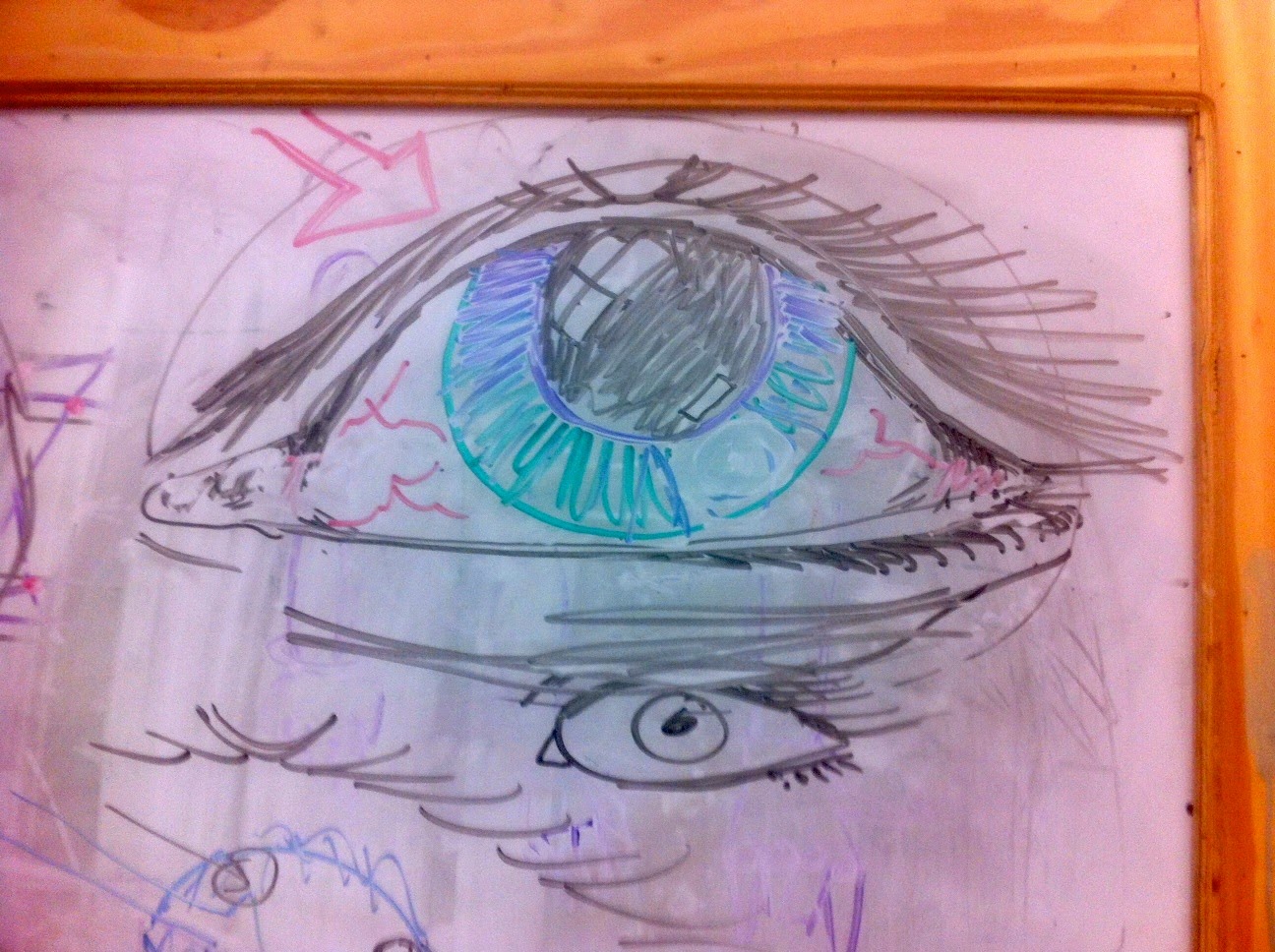 I also did a demo on how to draw and eye properly and all the little tricks to move them away from drawing almonds or ovals and what to look for in shadows and how to create sparkle and depth in this most important but inset part of the face. The eyes are the window to the soul so it is very practical to focus on representing the eye effectively. 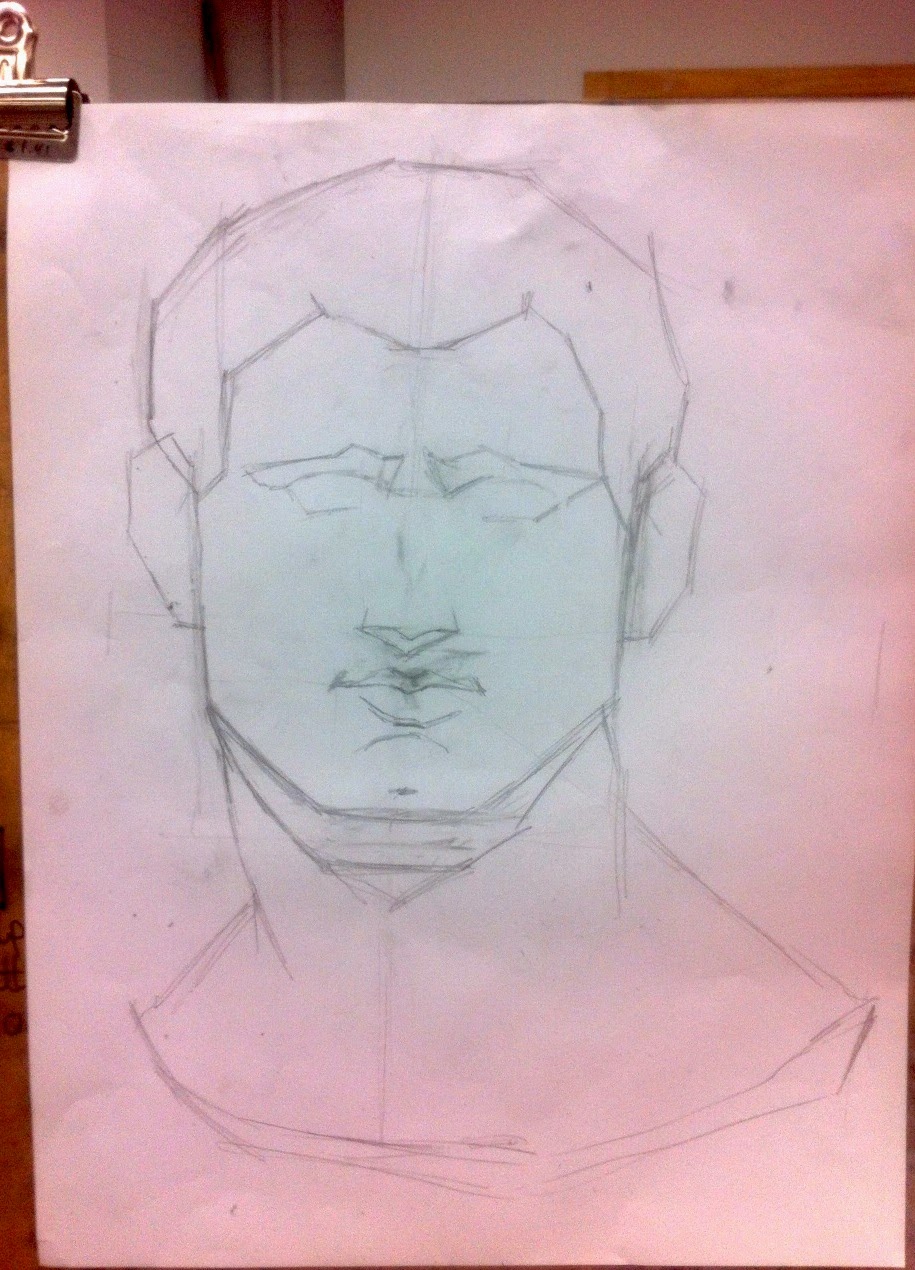 I did a quick demo before introducing the exercise of how to plan out and tackle a portrait.  I am really starting to notice how the traditional techniques are prevalent in all forms of drawing. Establish the limits of the page and plan the composition. Find a strong vertical, whether it is for perspective, life drawing or anything else, we are prisoners of gravity after all. Then find some horizontals then work with proportions, the second most important lesson for drawing realistically. The first rule is: draw, draw, draw or practice, practice practice. The students tackled the assignment extremely well in the time given and I am very happy with their progress and look forward to next weeks critiques.