Tom and Harry planned a some festivities for the locals and visitors on Saturday night at La Tortuga Verde. They erected a large title effigy made of palm to burn later that evening. 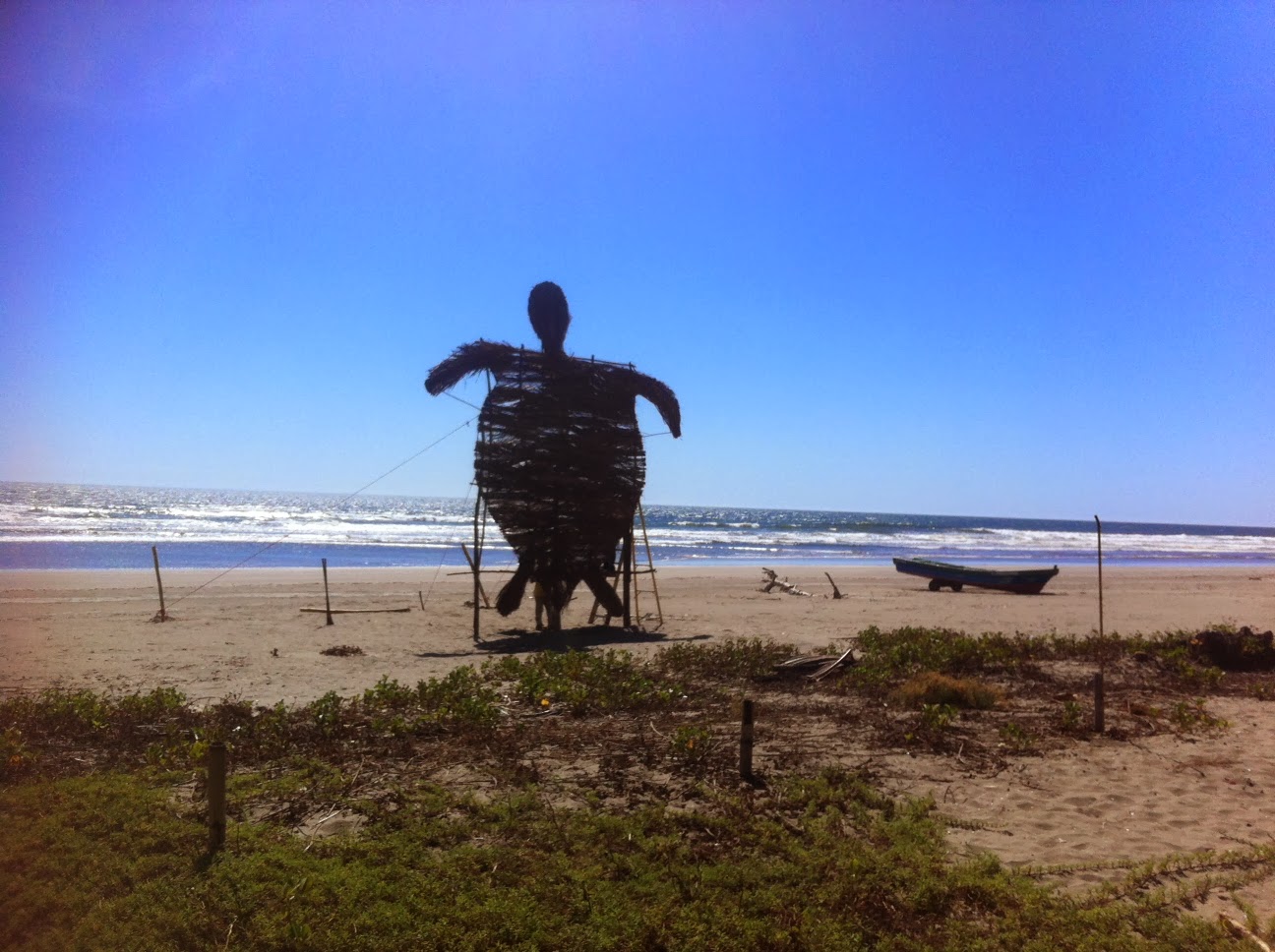 Ray and I got super sick from eating some papusas and were pretty much laid out for three days. That part wasn't fun, hot and sweaty and hard to sleep.Luckily there was Jacob Hightower a field medic who served in Afghanistan and his bag of magical pills. He gave us some antibiotics which worked within a day and a half and returned our systems to normal. 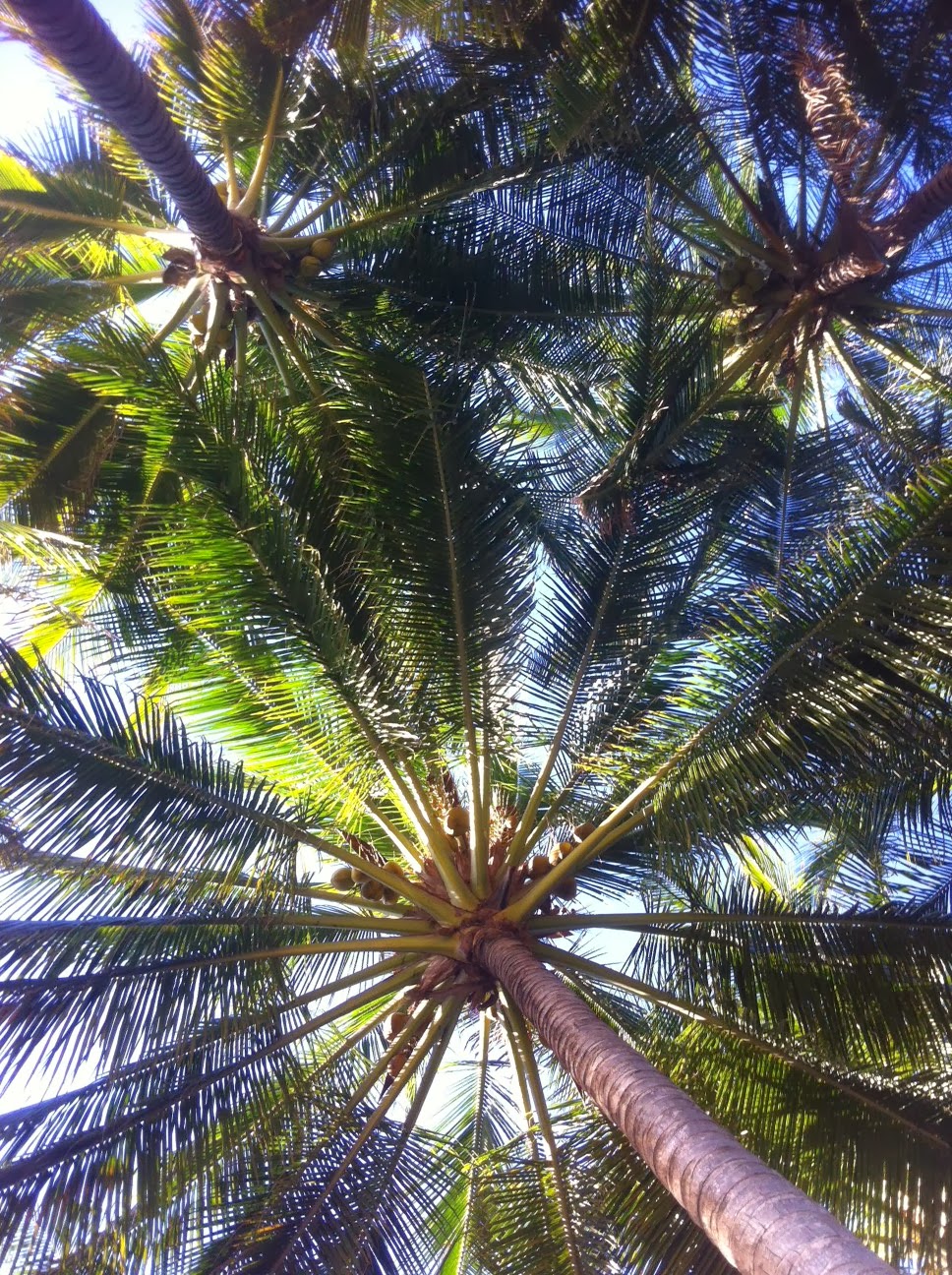 Here is the view looking up from my favourite hammock spot near the beach. I took a basic conversational spanish class with Harry and learned enough to get by adequately and order what i wanted which was mostly banana and young coconut shakes in the morning, ensalada (salads) for lunch and pescado (fish) grilled or fired in the evenings. The fish was almost too good! 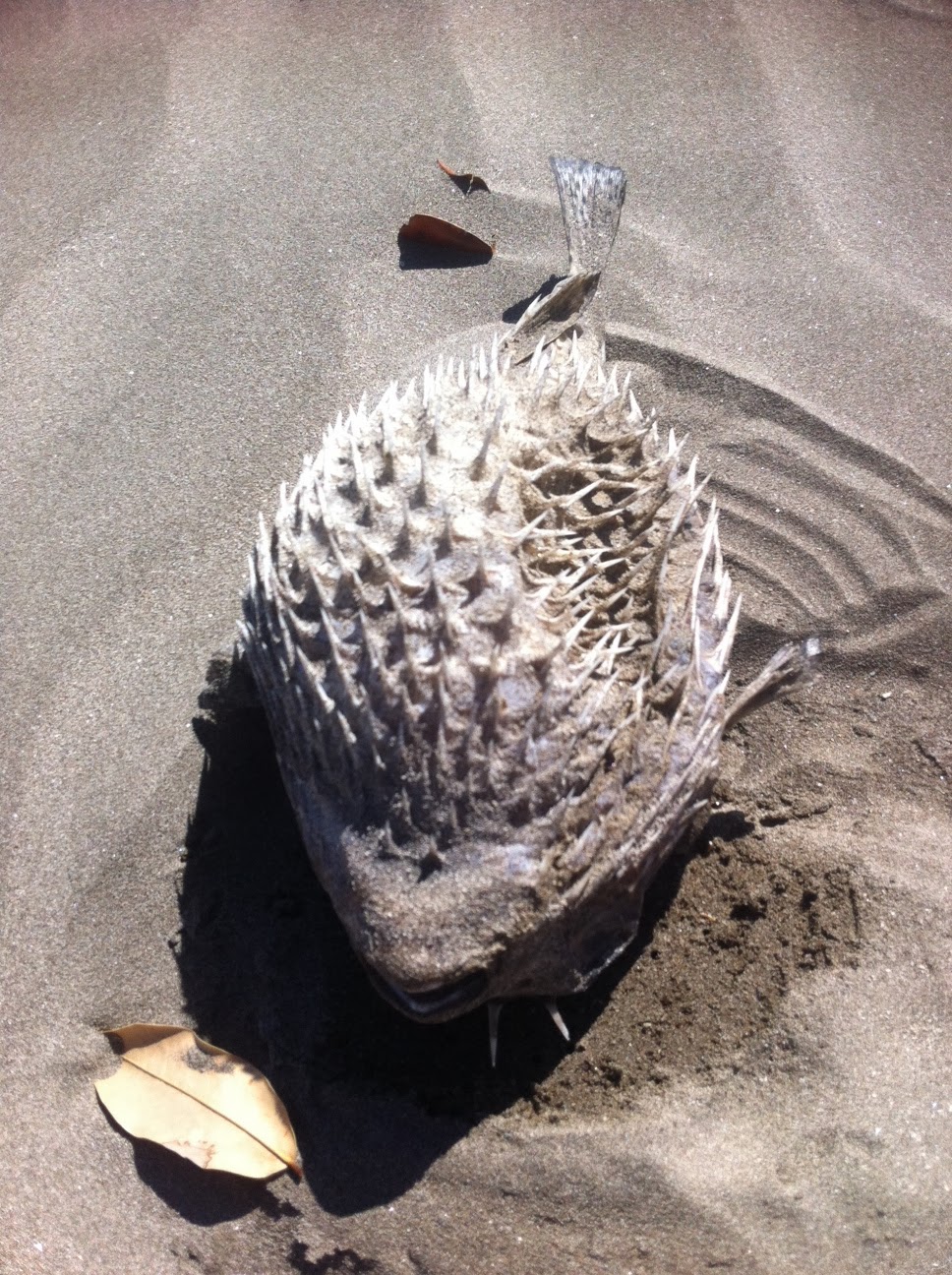 Except the fugu that we found washed up on the beach. No chance I'd try puffer fish from these waters.  There are many prickly things around but this beach is basically clear and no ocean smell as there was no seaweed etc. Just clear sand and big waves. 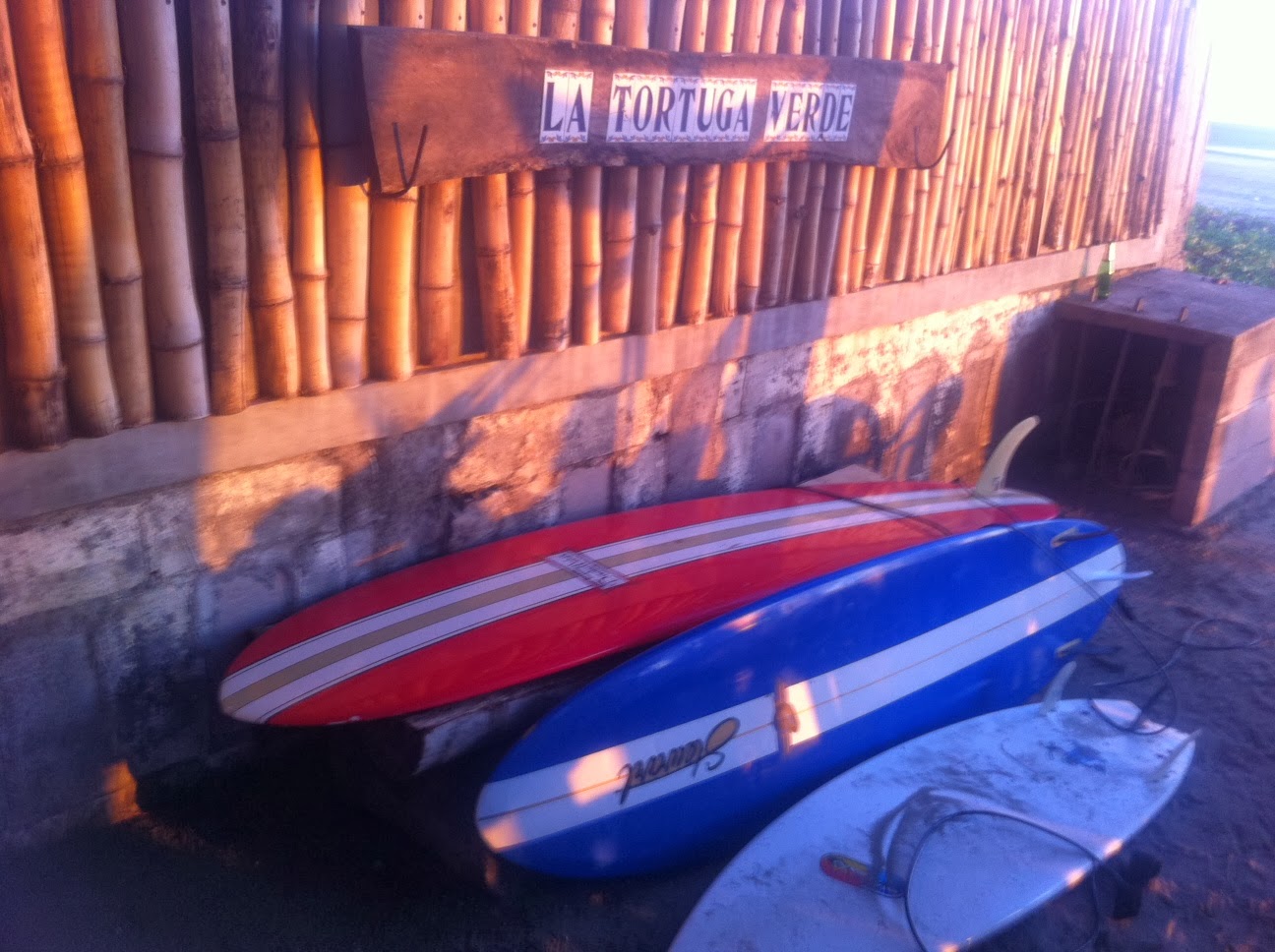 I managed to get up on a surf board the first time I tried. Though winded after the session I can see why people go crazy for surfing, it is super fun in a way I can't easily explain. The sun began setting and it was time to clean up and prepare for the party. 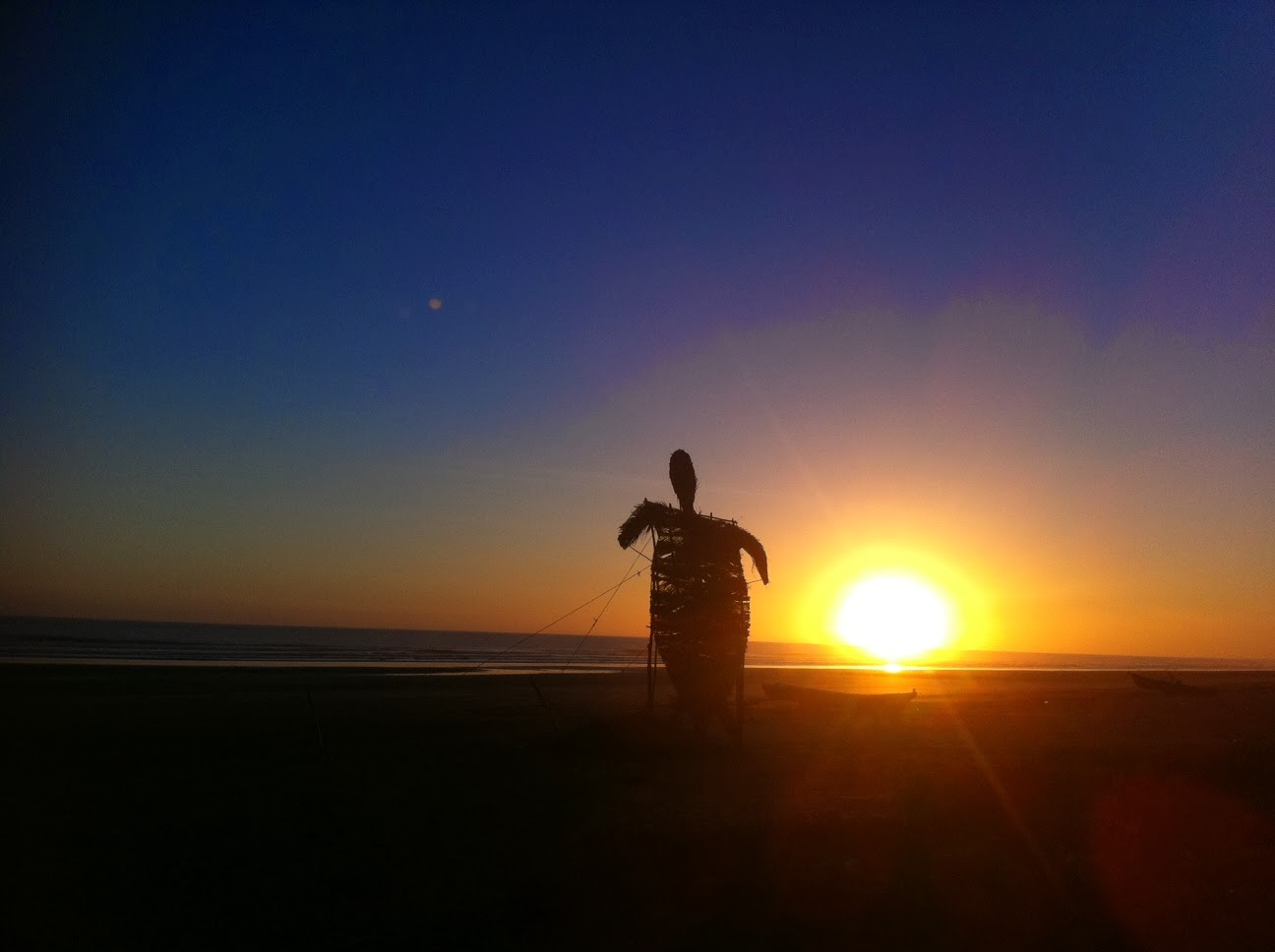 I haven't been much in the mood for partying after being ill, partied out, eaten by mosquitos and fatigued from adventure. My brain hurt too from all that is different that I was trying to take in, this trip has been quite the trip. It is also awesome being surrounded by tons of friends I have't seen for a while as well as all the new ones I made. 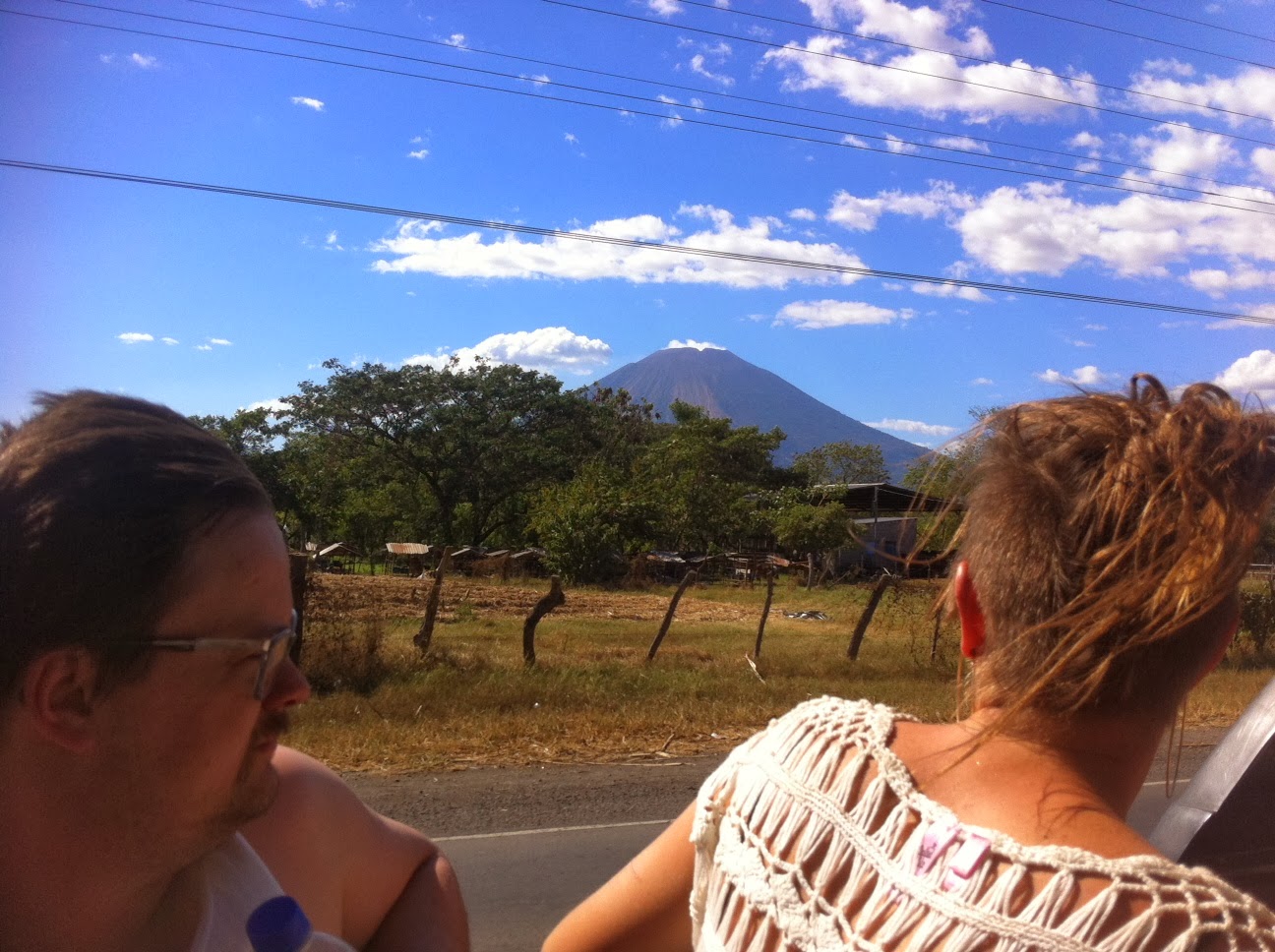 The next day a few of us decided to get into a truck and drive to the nearest city San Miguel. I wanted to see some more of the country and a contrast to the edge of the world at our very secluded beach hostel.  I love riding in the back of trucks, too bad it is illegal here, everybody has to do it here. The hot air at high speeds is like air conditioning and a temporary escape. In the background is the Volcano that erupted a week earlier. There is still a bit of smoke seeping out, that is not a cloud in the background sky. 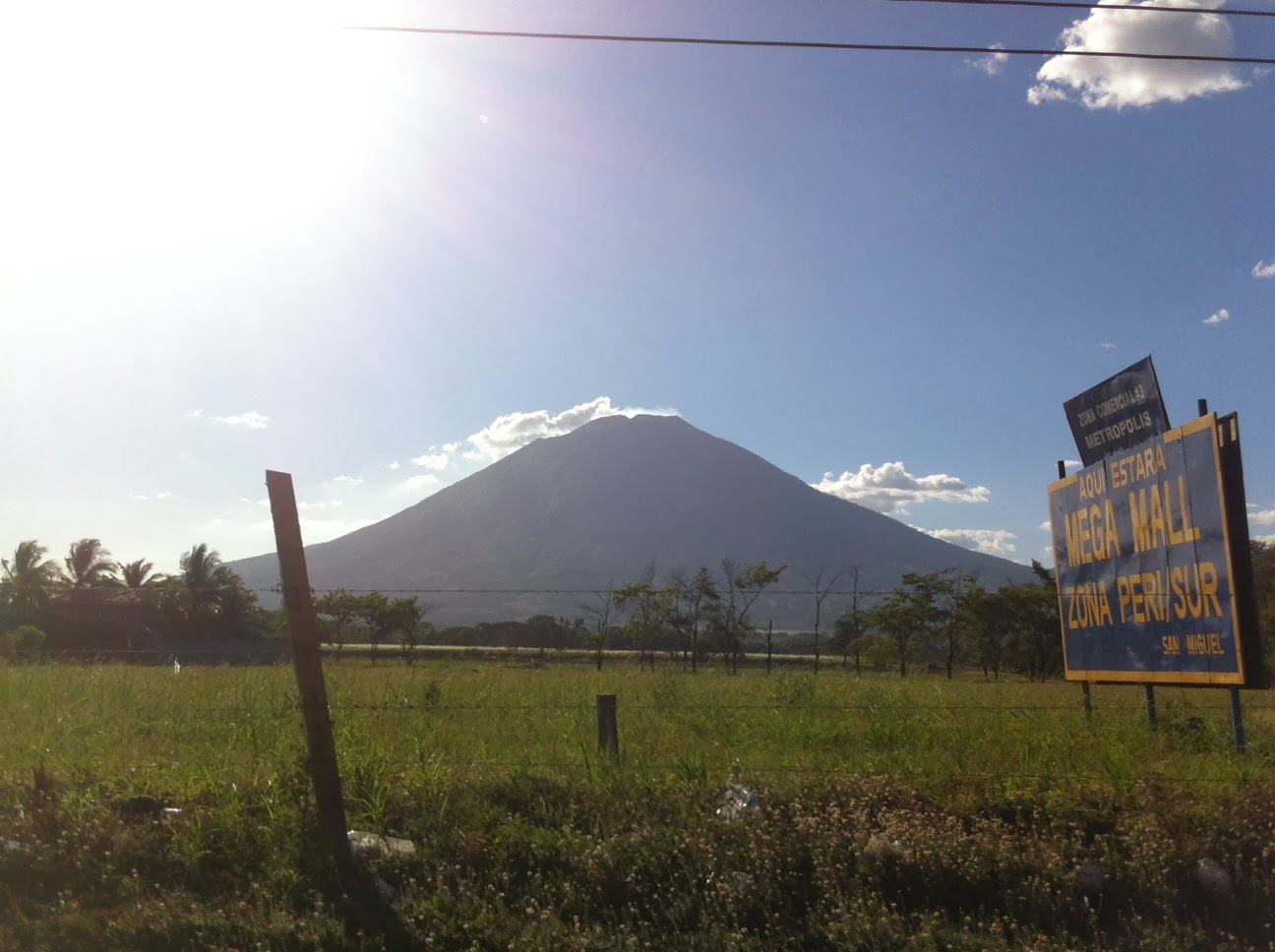 We are headed to a mall of all things to use an ATM and to grab some pizza to bring back to the group. You can see the sign to the right of the volcano Mega Mall. 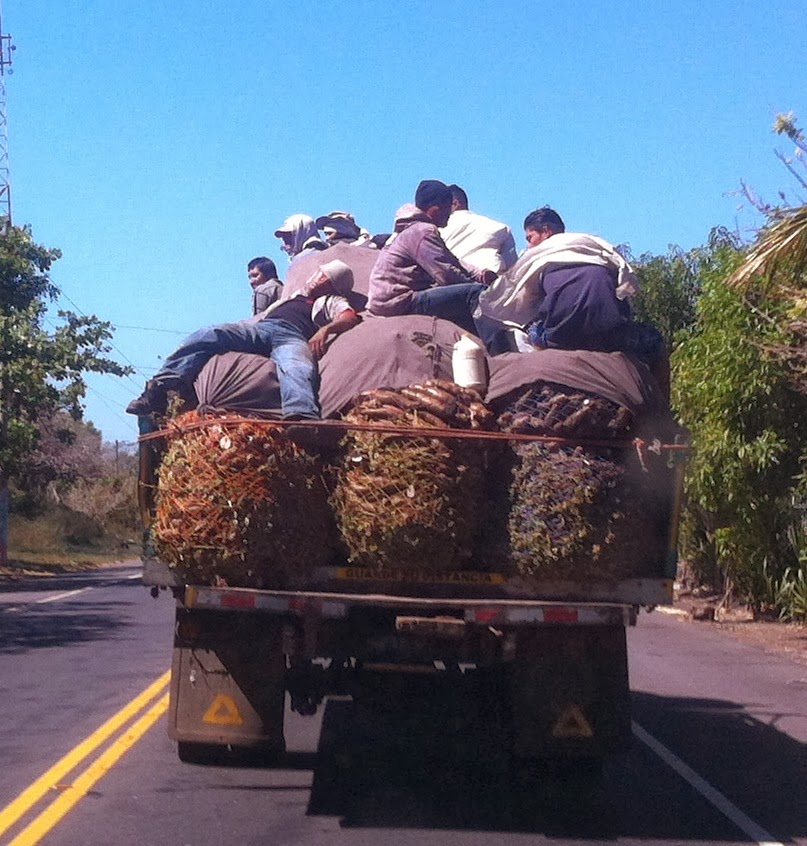 We followed these guys into town. That is Yuca root I'm told and I love how the guy on the left is just totally wiped and taking a nap on the sacs as they head into town. as we sped by I managed to snap a shot of the gates of a Masonic lodge. 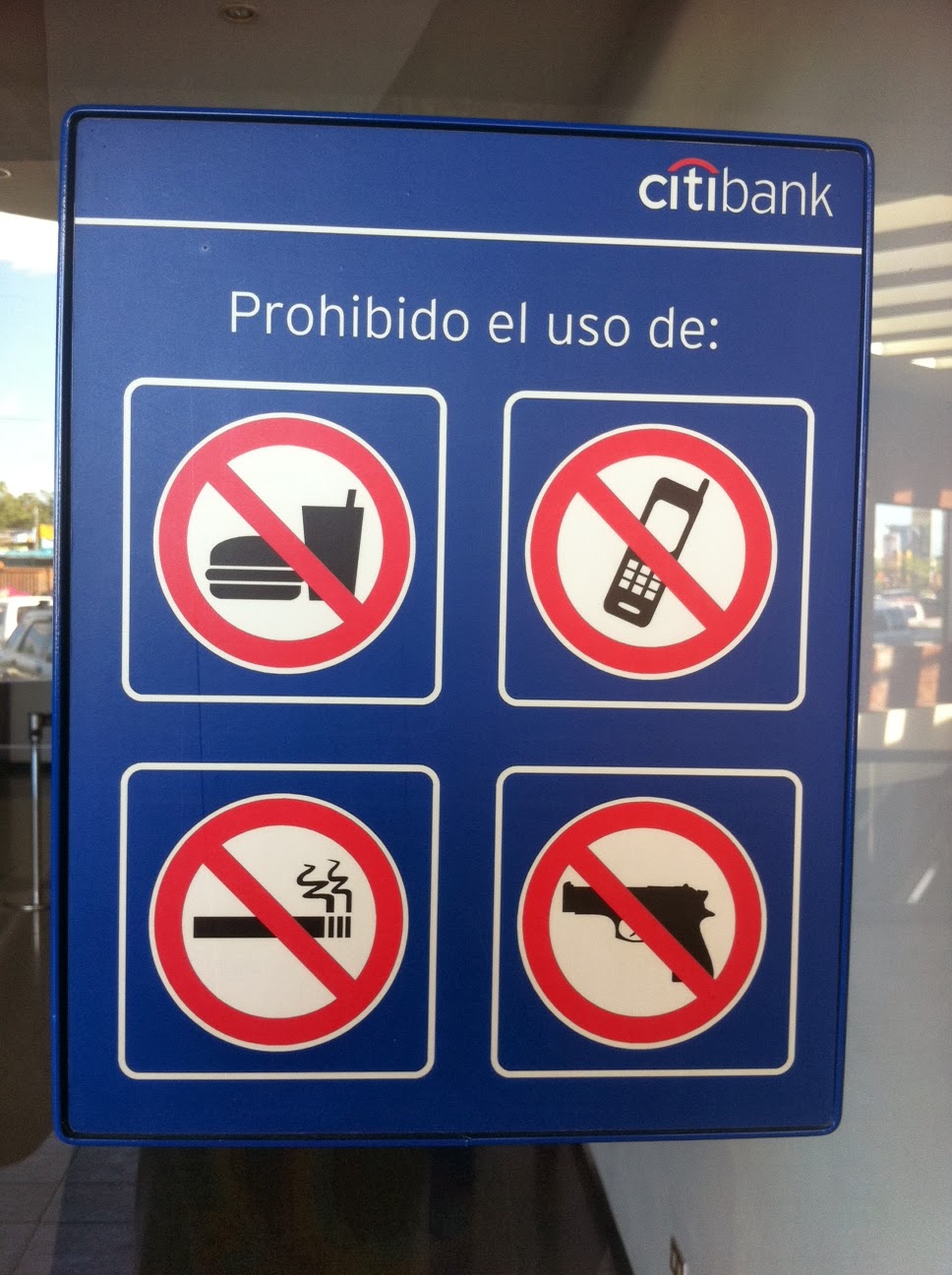 You don't see that everyday. No guns inside. I guess people are carrying here. There were armed guards in every convenience store as well as to just get into the mall parking lot. People starred at us at the mall. It was so weird, first because we were the weird gringos and everybody was looking at us like we came out of a UFO and second because they were part of this new consumer culture. It was a throw back to the 90's when people were mall rats and hung around doing nothing just because that is the most happening spot. The fashion was 90's too. 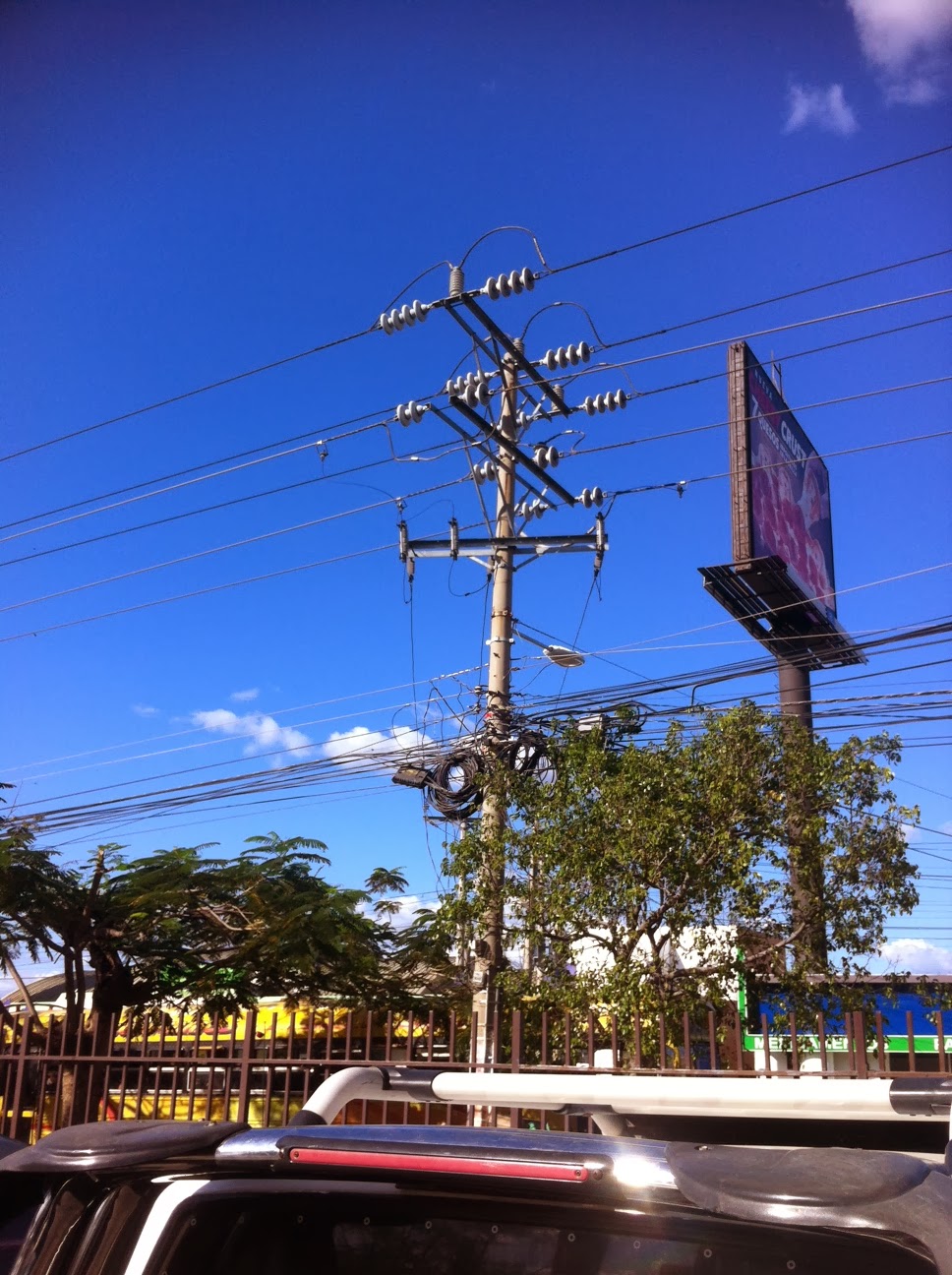 Here is a power line that caught my attention. Nearby was a police pick-up truck and in the back were 8 police just standing in there. There was loud music and talking blasting from areas and cars equipped with loudspeakers on top everywhere, it felt like absolute chaos. The sites and sounds of the city were overwhelming enough for me to really want to hop back into the pick up truck and get back to La Tortuga Verde!

Whenever I'm downtown, people always come up to me and talk in Spanish like I'm supposed to know it or something. I took 2 courses at U of C but I'm not fluent. I'm working on an atricle for newspaper in Beantown now. Bye...