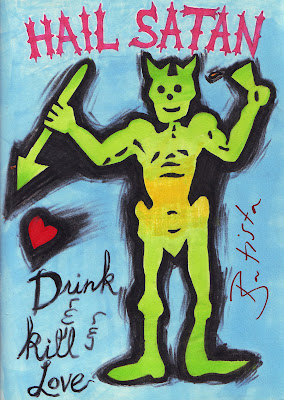 For the B-day the party, I hung a flag to block the picture window view of the dance floor. I'm sure my neighbors are keeping an eye on this place now. It wasn't just the random fireworks in the street. Loose lips sink ships after all.  Maybe we ought to build a potato canon and mount it near the stern.
Just for a bit of added protection, and maybe a little intimidation.
Posted by BUNNY at 20:05