Figure in a few hours

The culmination of the figure in the week drawing class was a day long pose in paint. I brought my oils and a canvas I had previously prepped, but I honestly didn't know how far I would be able to get with the piece in such a short session. Plus I had to put the wet painting in my car and bring it home so I had to think out my plan of attack so I wouldn't get wet oil paint everywhere. 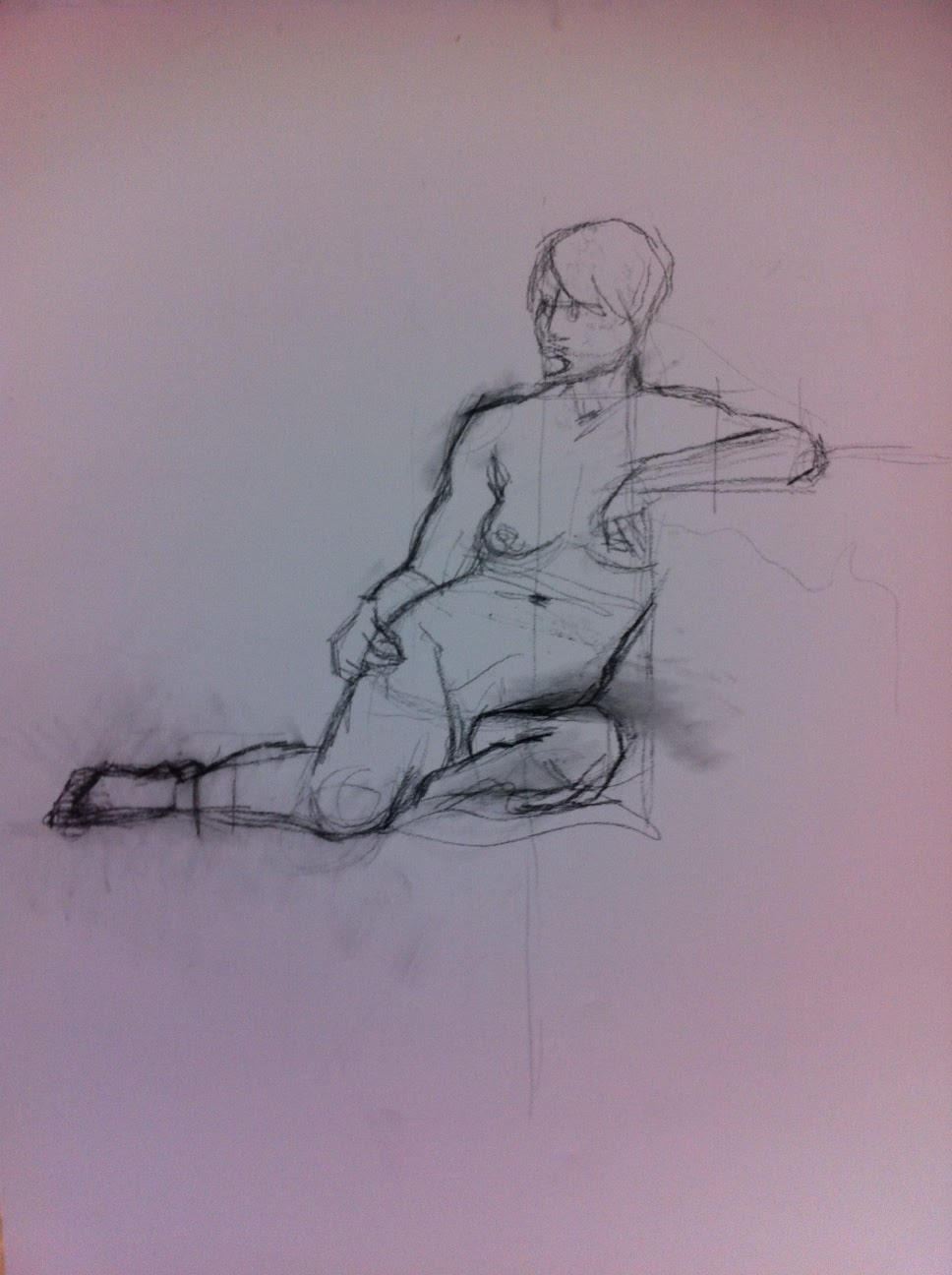 I began with the most important part to get right. The drawing. If it's outta whack, you probably cant fix it later, so put in the time planning and things should go much more smoothly. I borrowed a really nice piece of charcoal and got the drawing down with all the right proportions. 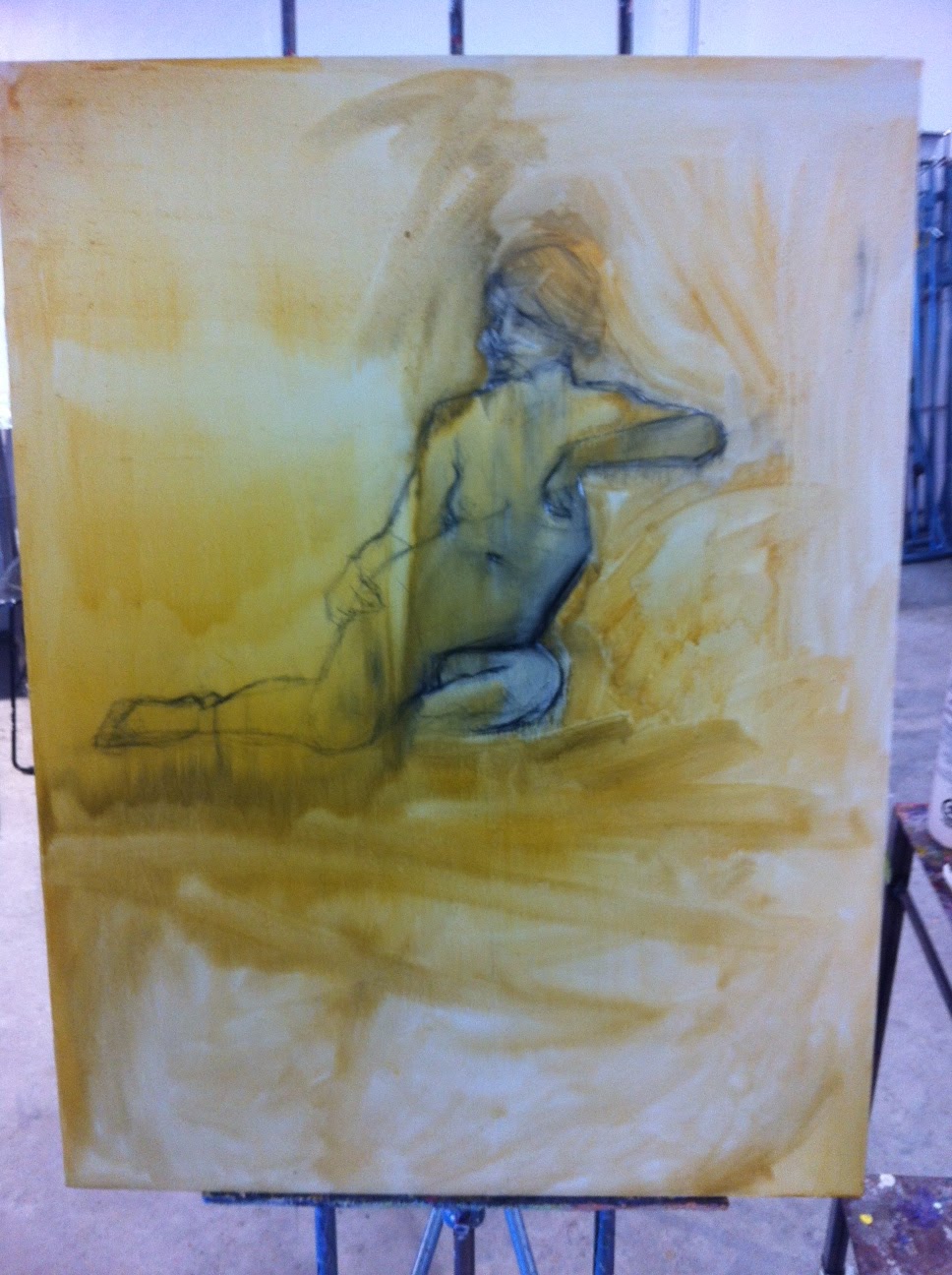 I rubbed in a thinned Yellow Ochre to ground out the canvas to begin the painting process. I used a fast drying oil here since I needed at least this to be dry by the end of the session. 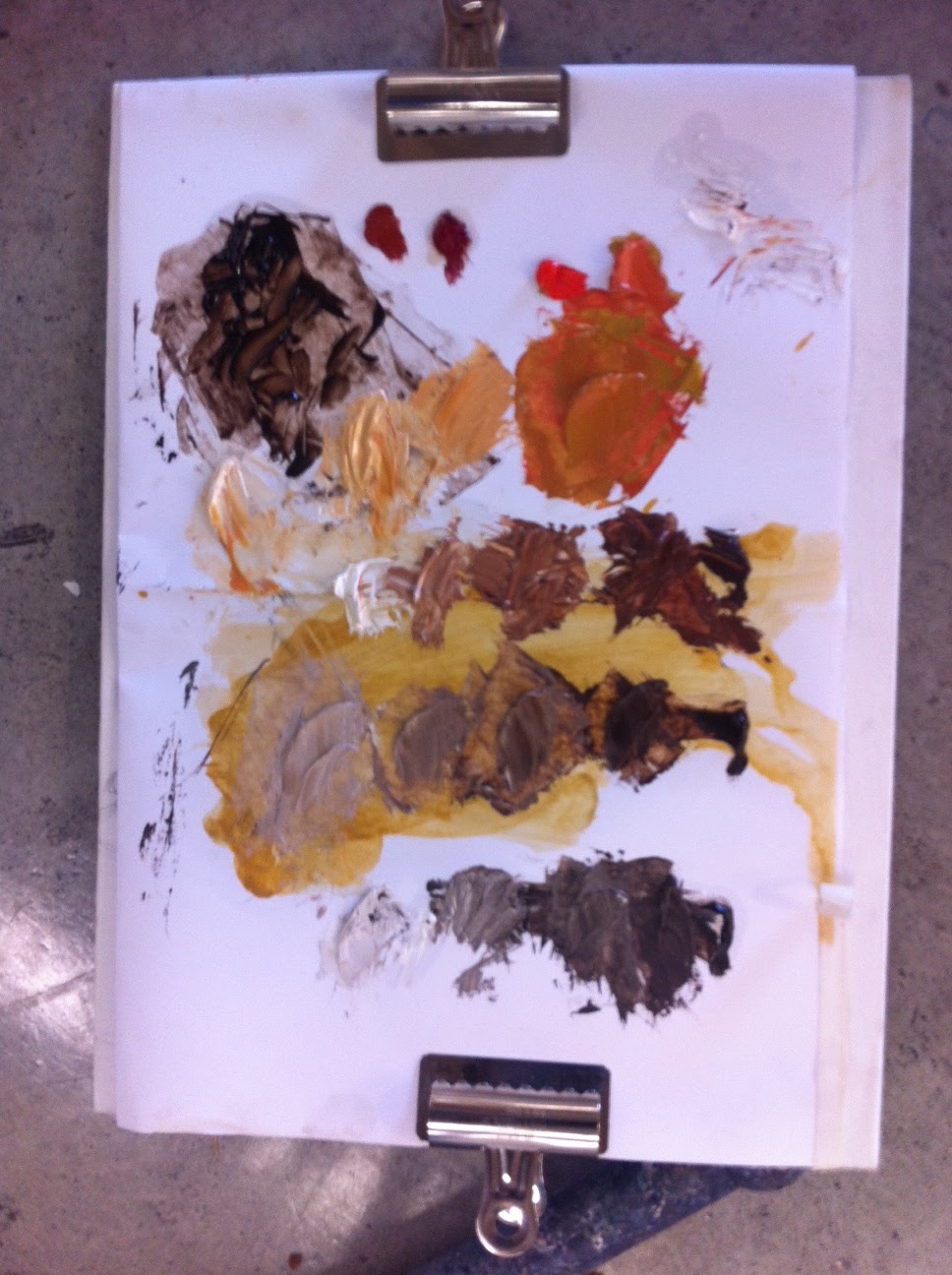 I planned out my palette and took a good amount of time mixing the variations of colour so that I'm ready and efficient when it comes to putting down the colour. 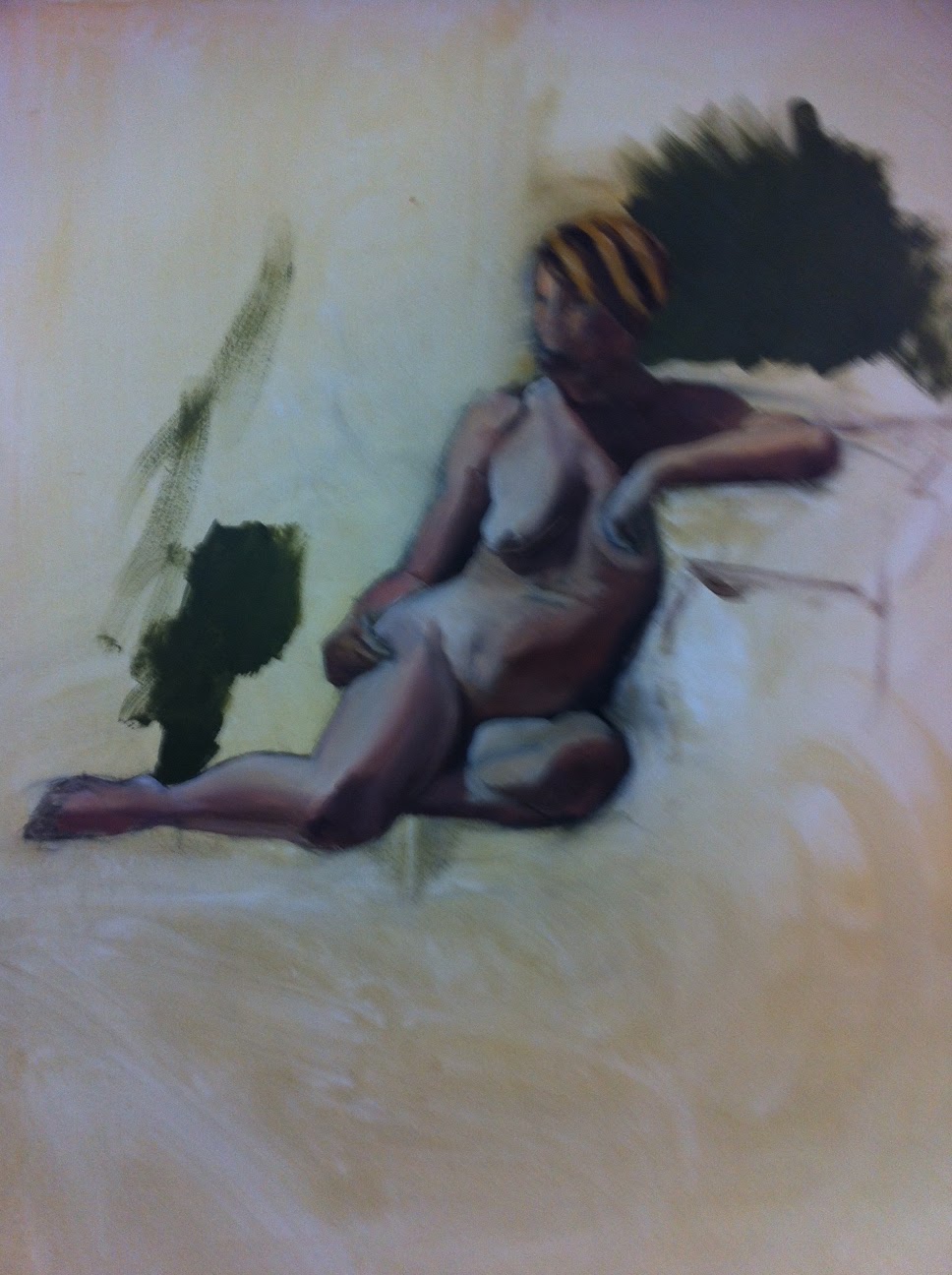 I put down the main flesh tones and shadows and mixed up some yellow ochre and black with a hint of green and dropped in a little background. 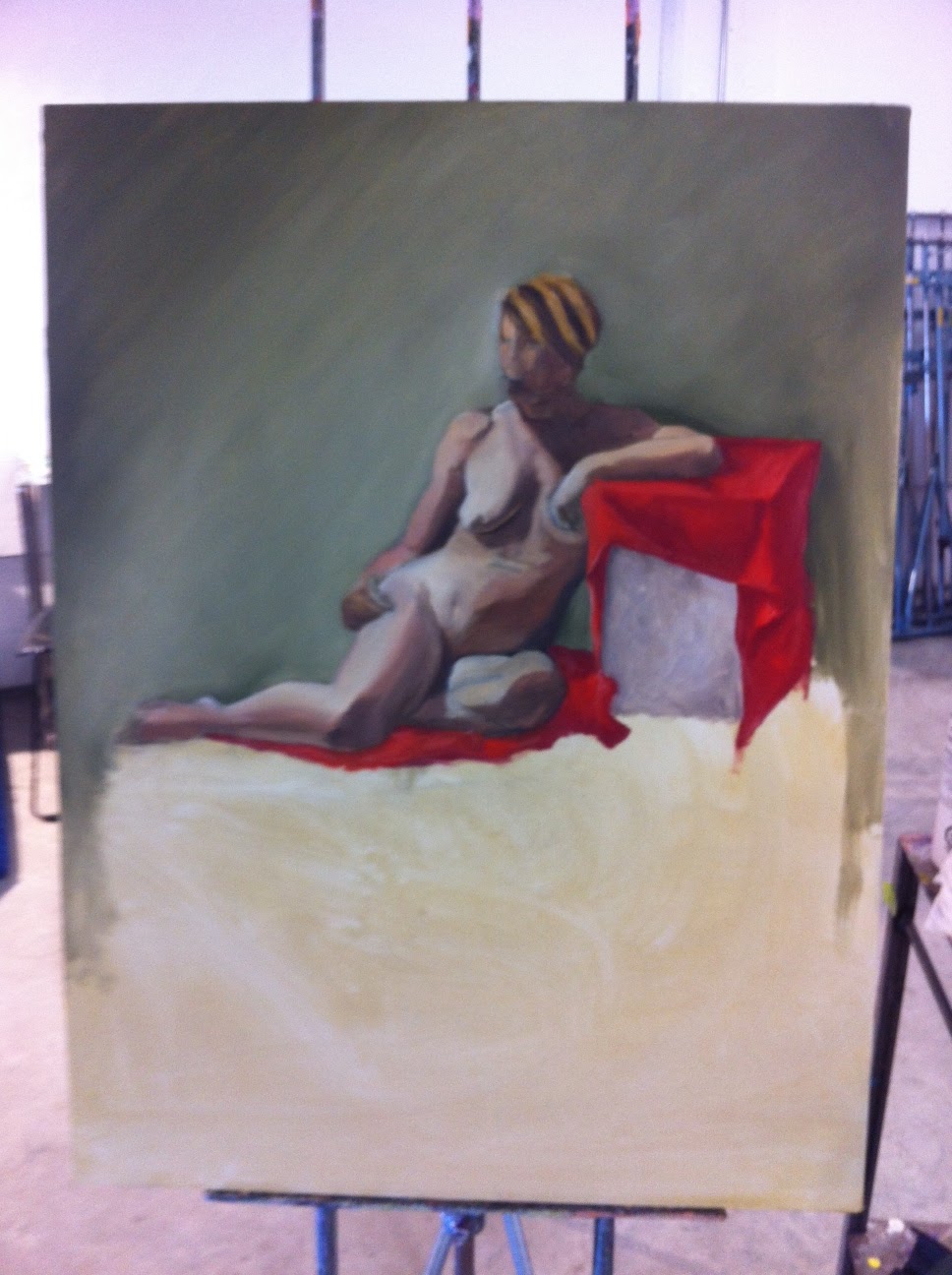 I needed to lighten up the overall value of the background with some lead white. I quickly put down the fabric and the box holding up her arm with a few simple variations in colour. Quick and dirty and very effective. 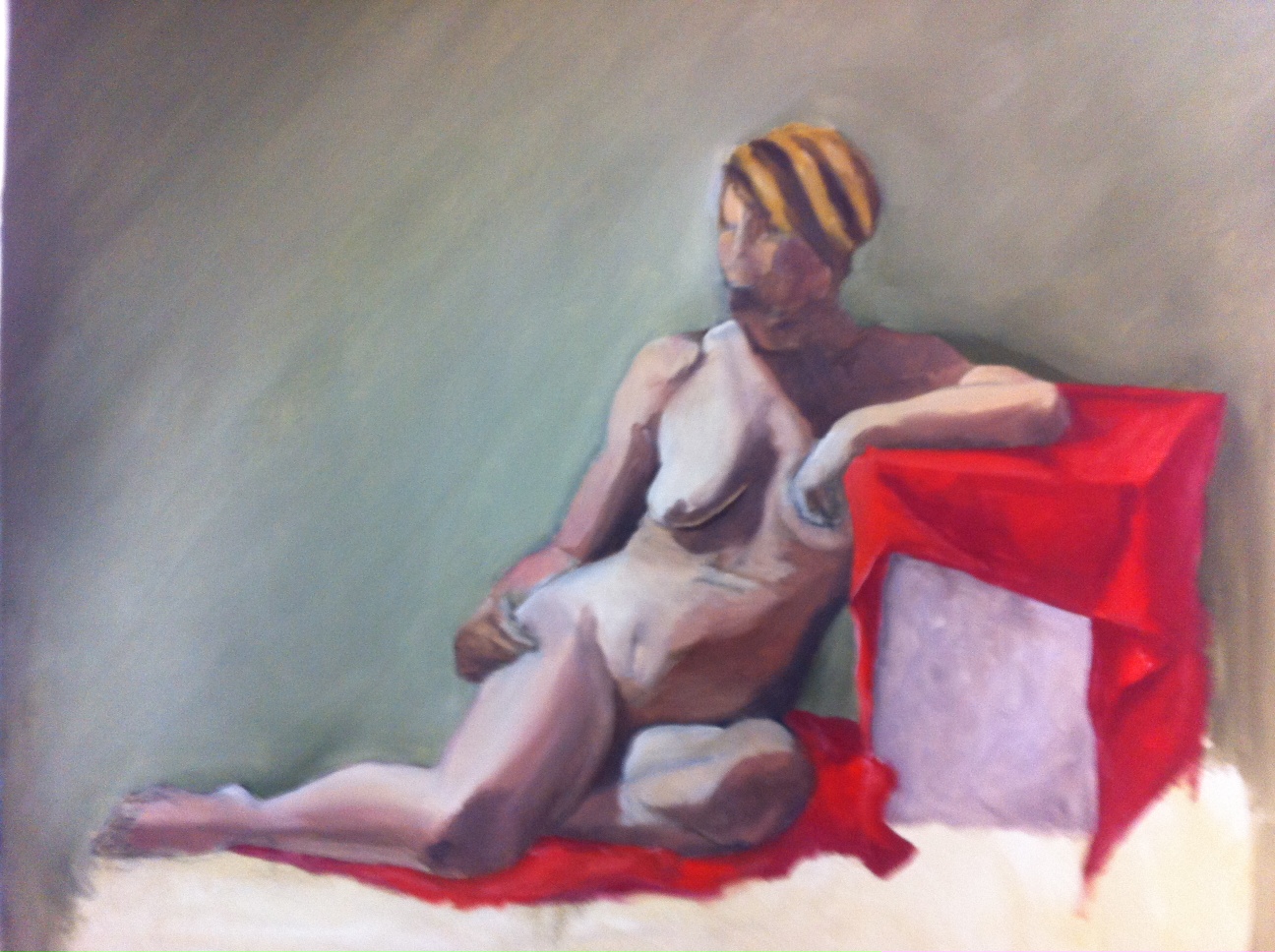 I have the basics blocked in but haven't paid much attention to the face or hair. The hair stripes look like a hat and I need to find the planes of the face, but already the wet oil is getting muddy if I work into it too much more. You've got to know when not to overwork it and take a step away or you will just get frustrated beyond belief. 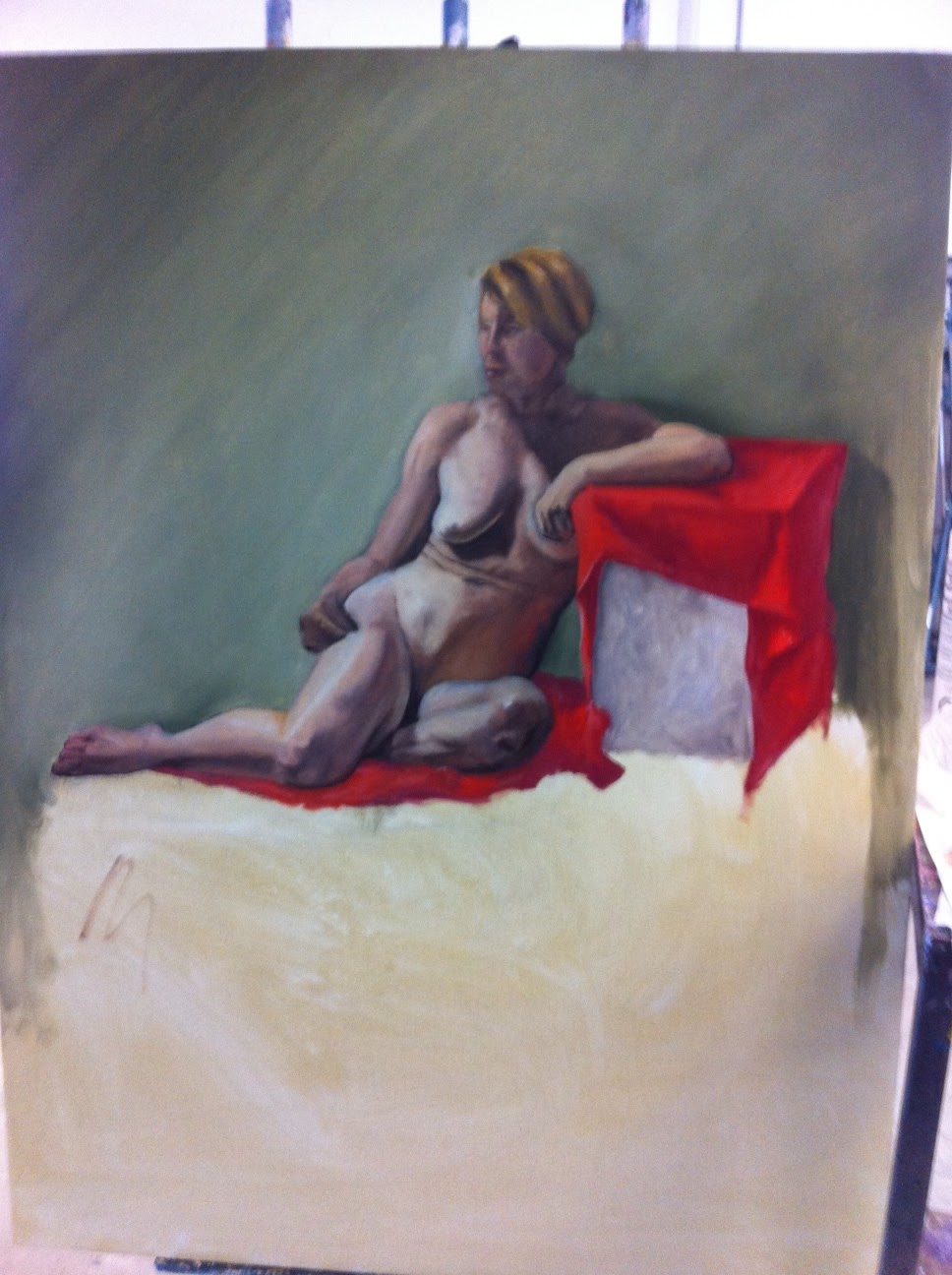 I worked in some deeper darks and some of the reflected light. Then I carved out some more details in the form paying most of my attention to the lower body followed by a bit of work in the face and arms. 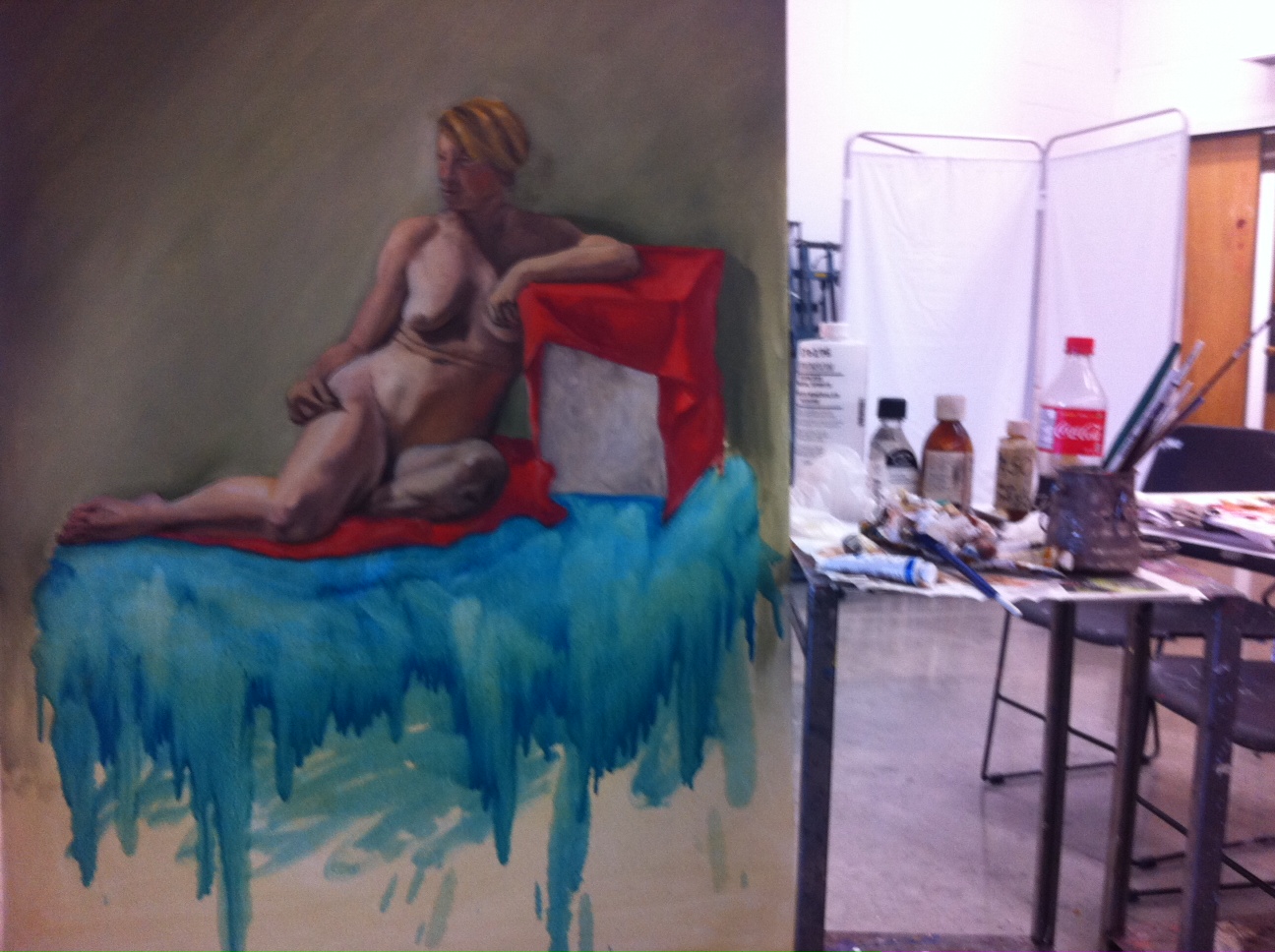 Time was quickly running out so I dropped in some blue and used odorless mineral spirits to scrub along the edge of the piece, I then let it drip and got a lot of positive feedback from the class for this finishing touch. 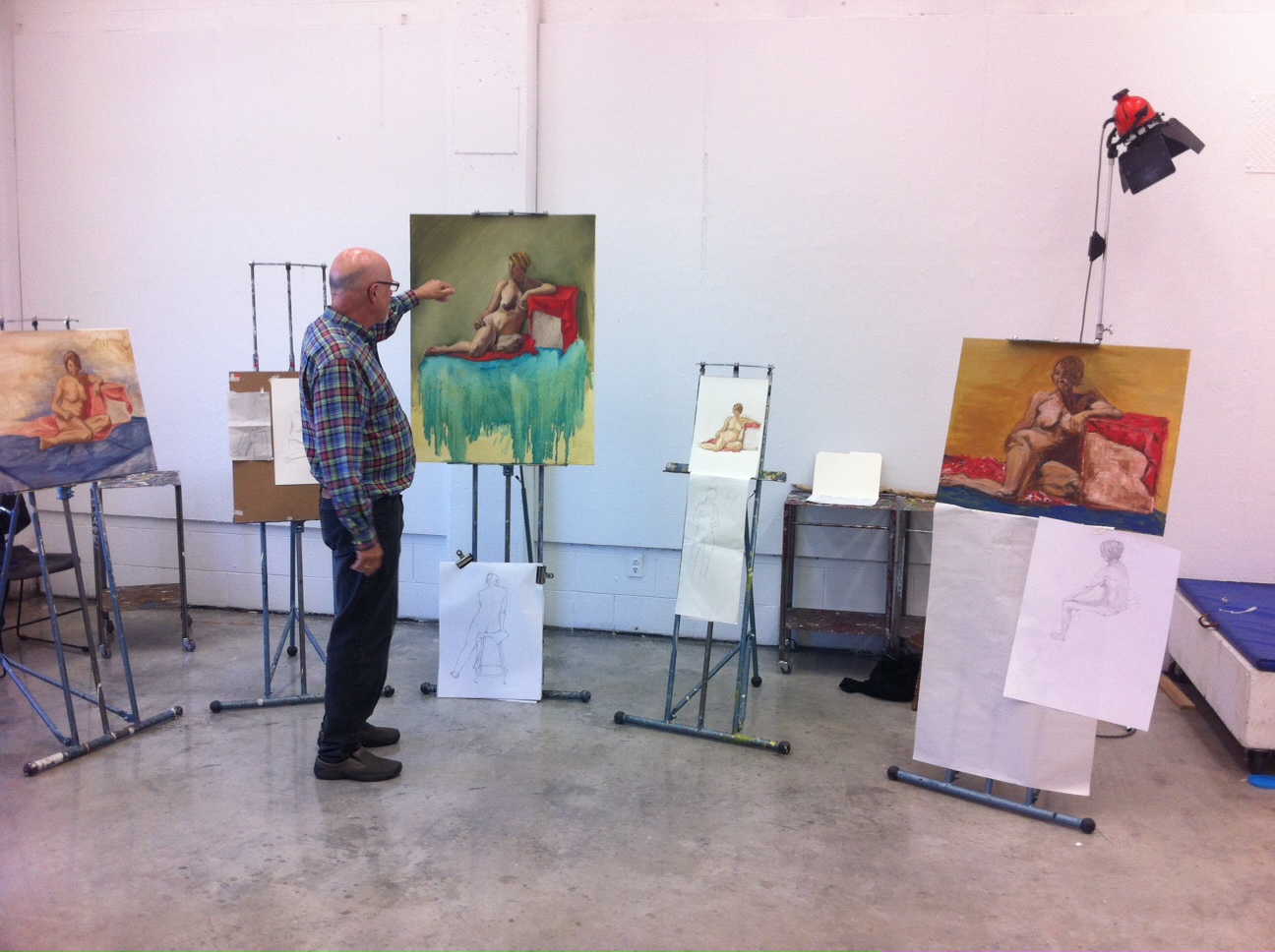 Here is Instructor David Aldrich during the final critique and some of the work done by the other students in the class. I had no idea I would be able to pull off a work of this size and caliber in oil in the short period of time we had to complete the work. I am still planning to revisting this work in the studio rather than abandoning it. The model "Karen" was very kind in allowing me to take a reference photo to work from. 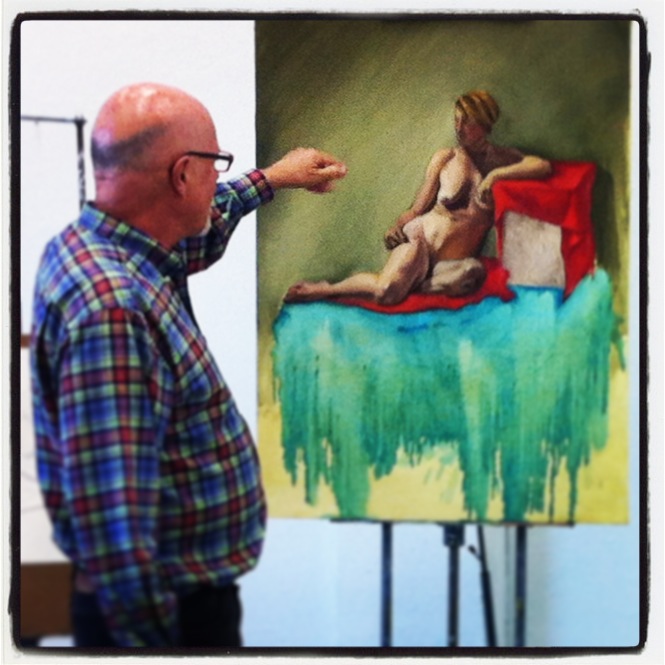 I feel my skills and understanding of the figure greatly increased and really felt a good sense achievement. I made a few friends along the way. It was a great experience. I highly recommend taking any class you can by David Aldrich in the future, the next one will be next May 2014 and if I'm available I'll probably be signed up. We traded info and I plan on finishing this piece and sending him an image of the completed oil painting.