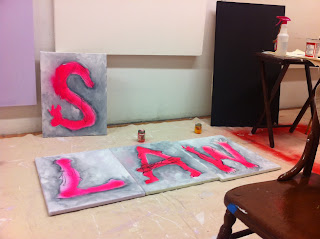 I blocked in the letters with fluorescent pink marking spray.  Last night after teaching my evening animation class at Quickdraw Animation Society I put in 2 hrs at the studio working on the 7 new pieces. I quickly sketched out some character form in charcoal. I took a white and allowed it to mix in with some of the charcoals to block in the background. 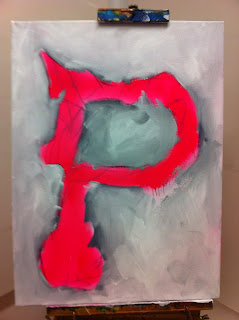 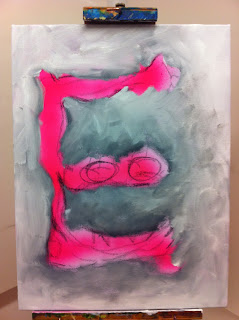 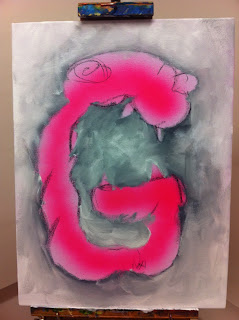 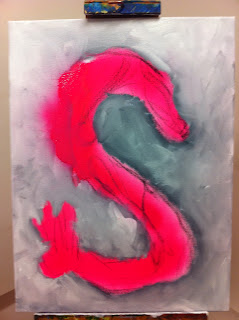 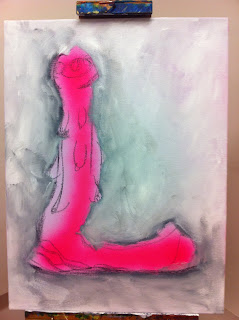 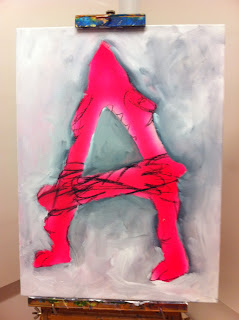 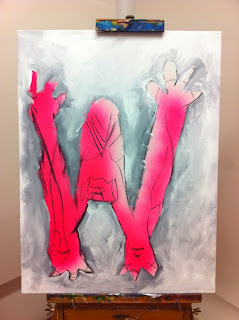 The cartoony characters are initially built on the sprayed capital first letter. It is interesting how the L for lust can be transformed to an erect penis. The "S" is a lazy slumped looking snaky sloth shape. A for Avarice, has the arms crossed pulling in toward himself much like a greedy person holding their wealth close to their hearts. "W"wrath is like angry arms in the air. You get the idea. 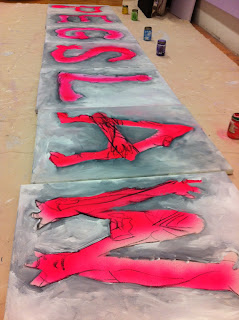 Here is the collection laid on my studio floor side by side. I gave them all a coat of fixative before leaving to ensure the charcoal doesn't spread too much in the upcoming sages of development.

I would like to get them matching frames when I display them together. Hopefully I can find an adequate venue or place to show them together.  Maybe I'll follow in Lisa Brawn's footsteps and try a store.
Posted by BUNNY at 12:37