What is a "Forest Bigot" anyway?

Well I don't really know either.

A friend and fellow teacher sent me a challenge on Facebook with the challenge to draw a "forest bigot", whatever that is. The writing looks nice, lots of serifs, though I do prefer cursive, but anyone who reads mince can tell you, you have to work at it a bit. This is what I got for a clue to create my "forest bigot" drawing. 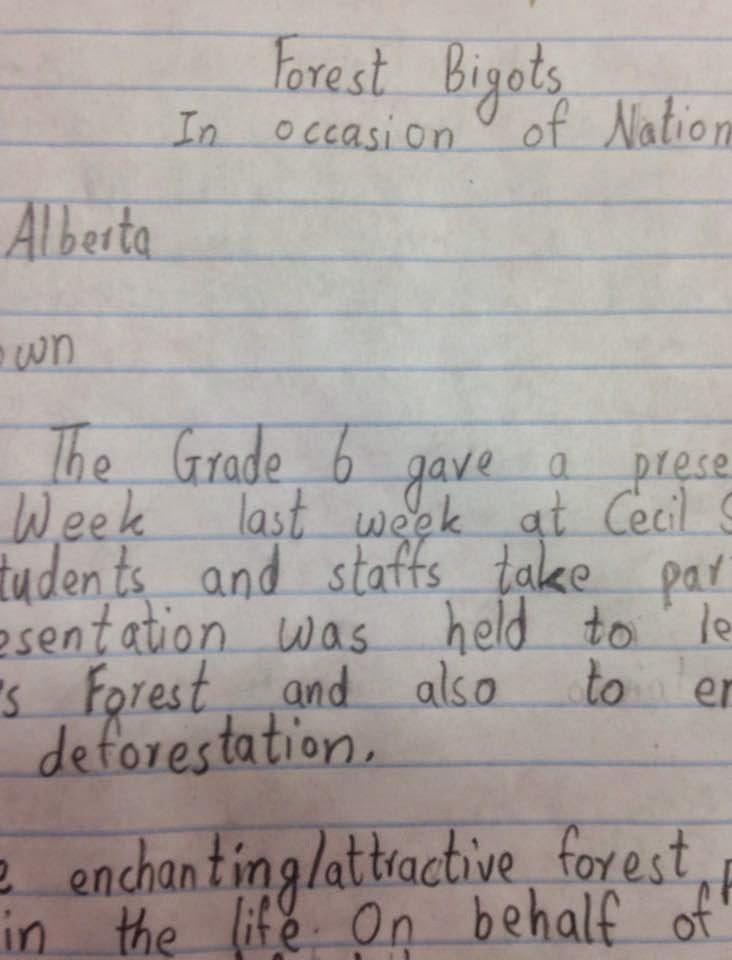 this enterprising student must have really wanted to utilize their new word. It reminds me of some of my ridiculous and naive homework assignments. It's a wonder any of us got through these tough yet formative years.

I grew up in a small logging town so this subject hits close to home. This new lumberjack style seems to coming back. The hipsters are getting a touch of grunge. forest bigots reminds me of the rednecks chopping down the forest for beer money where I grew up. On week-ends their kids, the high school students would gather together bringing their illegally acquired six packs of Lucky to the remote logging roads for some good 'ol wholesome small town fun and pointless debauchery. Spinning wheelies in their trucks and triumphing one another in a show of masculinity. The girls were there because that where the boys went on fridays.  I was never invited, but the bullies included my by throwing their cans of beer at me when driving by. I accepted the beers which narrowly missed me but never did hit the mark, who throws full cans of beer away anyway? I think it was a peace offering or some weird sort of charity. The constant dis was them yelling "freak" and "purple" out the windows as they aggressively sped by on the only road in town.  They were clearly colour blind, my mow hawk was fuscia pink. Not very creative either. Ahhhhh the glories of awkward adolescence. Kinda makes me warm inside. 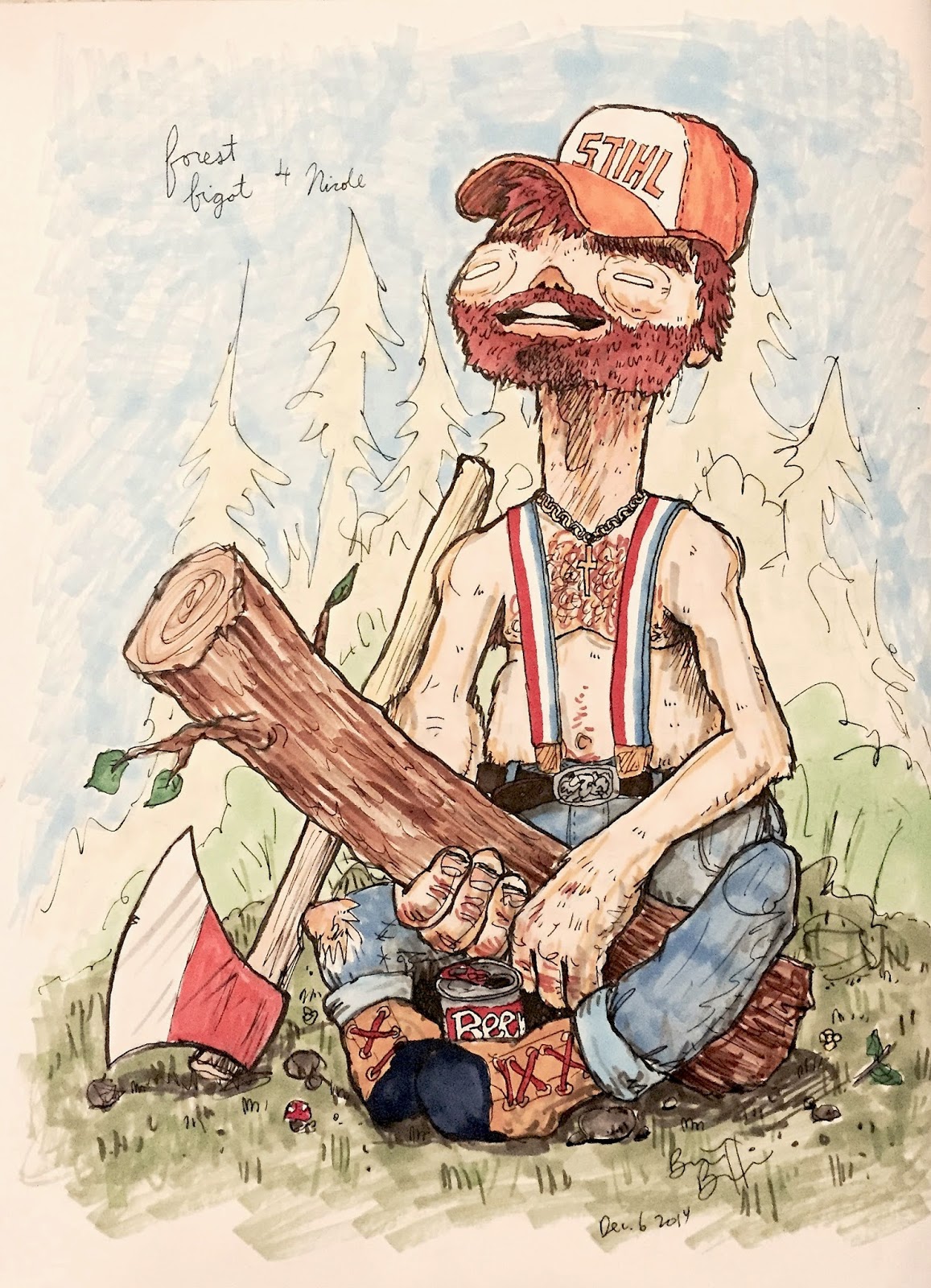 I sketched this up with a brief pencil outline and then bravely went straight into ink with no fear. I quickly filled in the colour with copic markers. Lickety split does the trick. The figure is based off of an histogram my friend Chris Millar posted of a sloth fetus he saw the same day.

In addition I received a proof of my page for the Motion Gallery catalogue that will be released at their 3 year anniversary party on December 13th. 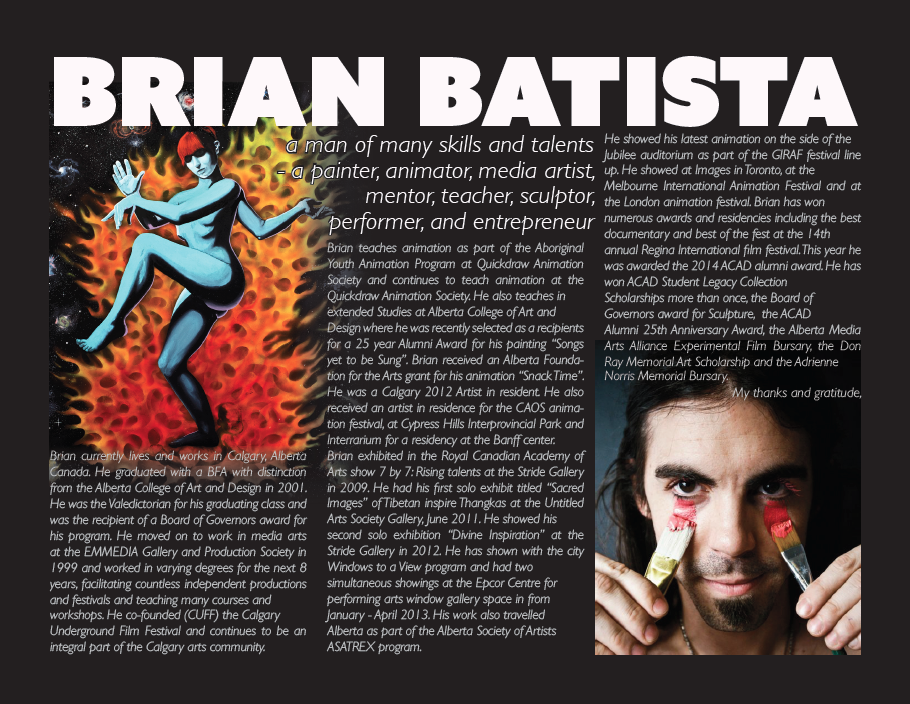 They will be selling them which includes all the artists that have been part o the gallery since it opened. Awesome! Go Calgary arts scene and the people who make it go! Party info below, come by and say hello! 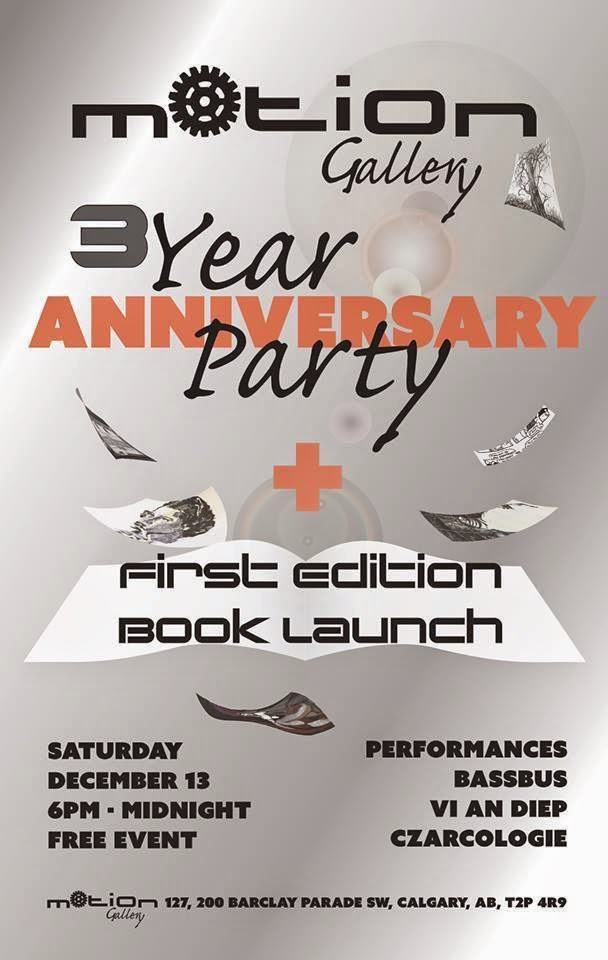